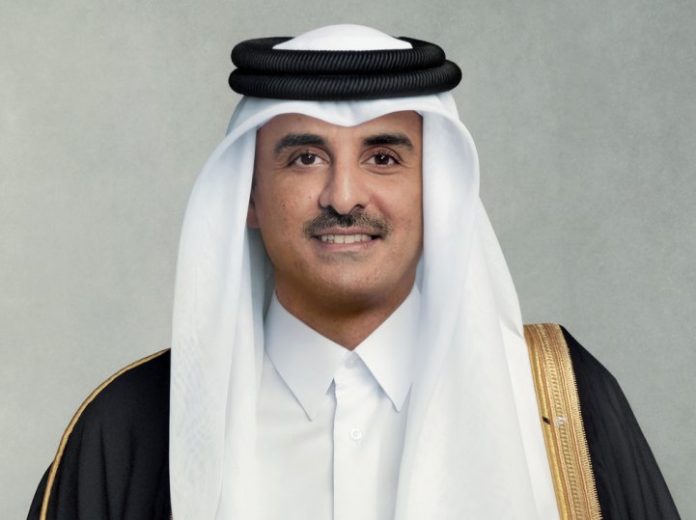 The General Debate is a global summit during which a large number of presidents and leaders of states and governments meet at the headquarters of the United Nations to address multiple issues before the global audience.

H H the Amir is participating in the meetings of the 76th session of the General Assembly. The speech of His Highness is expected to address the constants of the Qatari policy, and the State’s stances towards the current most prominent local, Arab and international issues and files.

The participation of H H the Amir in the work of the new session of the international organisation comes as an affirmation of the State of Qatar’s belief in the importance of the UN and its various bodies, as well as its lofty message to the international community, its stability and well-being, and the preservation of its rights without discrimination or exception.

The participation of the Amir in the work of this session also reflects His Highness’ keenness to highlight the distinctive image of the State of Qatar and its positions before international forums, as well as the State’s keenness to participate in all international activities, dialogues and meetings, which aim primarily to consult and exchange opinions and points of view on issues, topics and files presented on the regional and international arenas.

Eighty leaders are expected to participate in the activities of the new session in person, while about a third of the leaders of the 193 member states decided to deliver their speeches via video recordings.

Climate change and dealing with the coronavirus pandemic are expected to top the agenda of the new session of the General Assembly.

The White House announced that US President Joe Biden will directly deliver a speech to the participants in the General Assembly meeting, in his first visit to the United Nations Headquarters since his presidency.

Meanwhile, UN Secretary-General Antonio Guterres stressed that the COVID-19 pandemic was one of the most difficult periods the world has witnessed since the Second World War, as it deepened inequalities, destroyed economies, and plunged millions into extreme poverty.

The UN Secretary-General stressed the need to accelerate the response to the pandemic, with vaccines, treatment, and equipment for all, to invest in human development, health care, nutrition, water, education, and to commit to bold climate goals during the 2021 United Nations Climate Change Conference in Glasgow, next November.

Guterres also stressed the need to recommit to UN human rights values, support the most vulnerable, and establish peace through dialogue and solidarity.

Guterres spoke about the lack of trust among the big powers, which was reflected in the difficulties faced by the UN Security Council to take appropriate decisions with various crises in the world, stressing the need to rebuild trust among those that have more influence in world affairs to be able to cooperate to unite the international community in addressing the crises that are multiplying now.

President of the 76th session of the United Nations General Assembly, Minister of Foreign Affairs of the Republic of Maldives, Abdulla Shahid, stressed that hope is absolutely necessary for the billions of people around the world who are suffering from the COVID-19 pandemic.

The world’s Ancient map of stars displayed by British Museum

Nigeria’s North-East Humanitarian Crises, One of World’s Most Challenging – U.S.