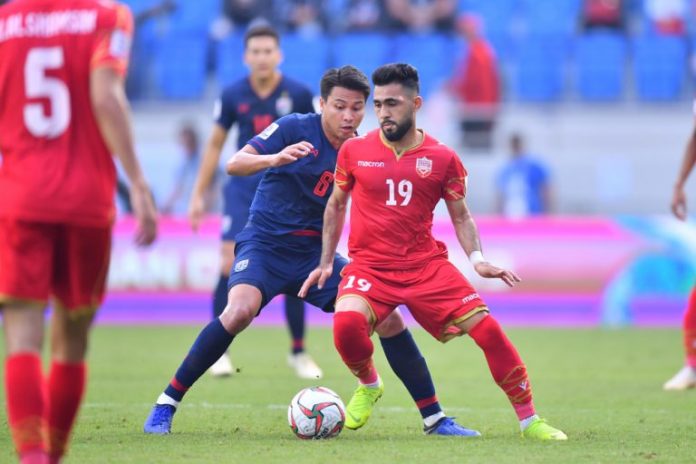 The four bidders for the 2027 AFC Asian Cup – India, Saudi Arabia, Qatar and Iran – have published their respective strategies and objectives.

Bidding initially began in December 2020, and the Asian Football Confederation (AFC) intends to move ahead with inspection visits to each bidding nation, with an evaluation report due to be released by May.

Iran has the weakest bid, primarily due to a lack of infrastructure. It is not anticipated that updates to Iran’s sporting venues would be completed by 2027, and so the country lags behind its three competitors in the tender contest.

To offset the concerns over infrastructure, Iran’s football officials have placed a heavy focus on the country’s young population, the popularity of the sport and the strong relations between the government and the Football Federation of the Islamic Republic of Iran (FFIRF).

The All India Football Federation (AIFF) in contrast, has emphasised the extensive infrastructure already in place in India. Although the country has never hosted an Asian Cup event before, the AIFF insists that preparations made for the FIFA U17 World Cup in 2017, FIFA U17 Women’s World Cup and AFC Women’s Asian Cup in 2022 will remain adequate in 2027.

In addition, the AIFF has stated that: “As the world’s fastest emerging football market, an AFC Asian Cup in India would accelerate the development of the game, unlock new commercial opportunities and leave a tangible and enduring legacy.

“The surging popularity of the sport in India coupled with the country’s previous experience hosting successful and well-supported major sports events, provides a unique opportunity to share the Asian Cup with more than a billion fans.”

The Saudi Arabian Football Federation (SAFF) has argued that if Saudi Arabia were to host the tournament – which it has never done before – it would be a catalyst for further development of both the men’s and women’s game, not only in the host nation but throughout the wider Gulf region.

In pursuit of this goal, SAFF has revealed plans for a 24 team test tournament to be held in 2026, which it argues: “will ensure that all AFC Member Associations benefit from an AFC Asian Cup 2027 in Saudi Arabia, not just those that compete at the tournament, truly providing a new experience for these teams, while ensuring that our preparations for the Asian Cup in 2027 are both truly innovative and tested.”

For Qatar, hosting the tournament is an opportunity to strengthen its international sports hosting credentials following the upcoming 2022 FIFA World Cup.

The Qatar Football Association (QFA) has ambitions to ‘transform Qatar into an advanced society capable of achieving sustainable development by 2030’ as well as a ‘global leader in sport.’

This is the second major sport tournament bidding process which has seen Saudi Arabia and Qatar go head-to-head, following the contest for the 2030 Asian Games, awarded to the Qatari capital Doha.

Until recently the bidding competition had a political element, but this has since declined following Saudi Arabia’s decision – along with Egypt and the United Arab Emirates (UAE) – to end its three and a half year blockade of Qatar, a move which it is hoped could have further positive implications for sports in the region.

The 2023 edition of the Asian Cup will take place in China between June and July, with Qatar as the defending champions.