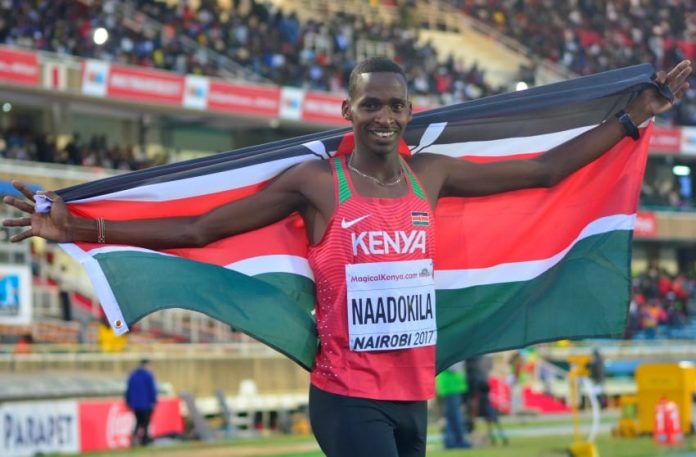 Kenya finished at the top of the medal standings as the curtain was drawn on the 18th edition of the World Athletics Under-20 Championships at the Moi International Sports Centre, Kasarani Sunday.

That saw Kenya’s medal tally surge to 16; eight gold, one silver and seven bronze (8-1-7) for the country’s best ever performance in 11 years at the world junior event.

Their achievement superseded the world junior event, surpassing their 2000 Santiago, 2006 Beijing and 2010 Moncton
First off the blocks for the superlative afternoon was the 17-year-old Wanyonyi, who ensured that Kenya preserved its dominance in 800m when he smashed a Championship Record.

Then followed Purity Chepkirui, who ended Kenya’s nine-year wait for the women’s 1,500m after proving supreme in a supremacy battle between Kenya and Ethiopia.

Amos Serem started his celebrations with 100m to go before breaking to the famous “Kemboi” dance after winning the men’s 3,000m steeplechase.

Then the quartet of Peter Kithome, Kennedy Kimeu, Elkanah Kiprotich and Joshua Wanyonyi wrapped up the five-day championships for kenya with a bronze in men’s 4x4000m relay.

Wanyonyi, who hails from Saboti, Trans Nzoia County, rallied from two places down with 200m for a blistering time of 1:43.76 to triumph and erase Amos Nijel’s previous Championships Record time of 1:43.79 set in 2012 Barcelona.

Nijel’s victory was the last time by an athlete from another country as Kenya took dominance to win the next four editions including Wanyonyi’s exploits.

“I was under so much pressure but I am happy to win at home with such a time at high altitude,” said Wanyonyi, who dedicated the victory to his mother Margaret Nasimiyu from Saboti, Trans Nzoia. “I had to work extra hard after being spiked in the second lap.”

Wanyonyi now joins the likes of David Rudisha, Alfred Kipketer, Kipyegon Bett and Solomon Lekuta, who have won at the world junior event.

Chepkirui and compatriot Winnie Jemutai put Diribe Welteji and Jiwot Mehari to the sword in the women’s 1,500m race.

Chepkirui led all the way, hitting the bell at 3:15.41, before holding off Welteji to win in 4:16.07 and end Ethiopia’s dominance.

“The fact we had not won the title since 2012 gave me the zeal to win the event. I would not have let my country down with the event being staged at home,” said Chepkirui.

“I knew the Ethiopians would give us a hard time,” said Chepkirui, who hails from the same area with Chepng’etich- Keringet, Nakuru County.

Chepkirui, coached by Michael Siele, said her dream is to make the 2024 Paris Olympic Games and challenge her role model, Faith Chepng’etich.

Serem clocked 8:30.72 seconds as Kenya recaptured the title they lost to Ethiopia in 2018 Tampere, Finland with compatriot Simon Koech settling for bronze in 8:34.79. Ethiopia’s Tadese Tekele snatched silver in 8:33.15.

Before 2018 Tampere, Kenya had won steeplechase in all the editions save for the inaugural 1986 edition.

Serem said he broke to “Kemboi” dance just to celebrate his role model the two-time Olympic Ezekiel Kemboi and Kenyans as a whole.

“I am looking up to him and the other steeplechase greats like Patrick Sang since they have always inspired me. In fact, It’s Sang, who beseeched me to try out steeplechase,” said Serem, who was delighted to have recaptured the title from Ethiopia.

“I don’t know if I would have forgiven myself if we lost at home. It really bothered me and that is why I bolted out like the legendary Kemboi in the last 400m,” said Serem hinting that he went to review the qualification races just to see how everyone ran.

“It gave me confidence since I saw where our rivals, especially Ethiopians, were weak. They didn’t handle the barriers well and for sure one can’t afford to waste time at the barriers and water jumps,” said Serem.

However, there was confusion in women’s 5,000m when Kenya’s Zenah Cheptoo got to win silver in women’s 5,000m after Melknat Wudu from Ethiopia and Uganda’s Prisca Chesang were disqualified for lane infringement.

Cheptoo had finished fourth in a race that was won by Ethiopian MIzan Alem in 16:05.61 seconds with Wudu and Chesang settling second and third.

However, all was in vain for Wudu and Chesang as they were disqualified for lane infringement to hand Cheptoo, who had clocked 16:29.44 silver.

But the World Athletics rescind the decision at the medal ceremony for status quo.