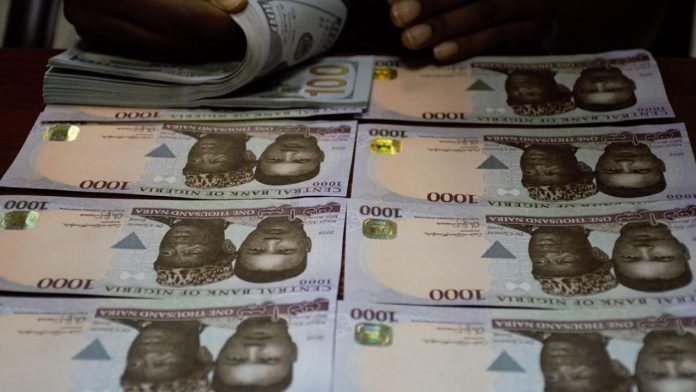 Despite improved confidence in the economy as shown in the latest Manufacturers Confidence Index (MCCI) by local manufacturers, demand for foreign exchange (forex) on the back of outstanding obligations has risen to about $2 billion as local producers appear to be running out of options for survival.

With a weakened currency that traded at the weekend at N570 to the green back, as well as the effect of inflation on household incomes, local producers are worried about their inability to access foreign exchange for raw materials and needed machinery.
Already, some of them with parent companies abroad are putting pressure on the supply chain while equally dealing with a weakened currency and pass-on effect on consumers.

According to data made available to The Guardian, manufacturers in the chemical, food and pharmaceutical sectors are the worst hit by the demand challenge.
While a request of about $1.45 billion from various firms has been put forward to the apex bank in the first quarter of the year, an additional $300 million demand was submitted in the second quarter; thus, pushing outstanding demand to at least $1.75 billion.

Last year, a similar trend was observed, forcing many local producers to resort to the parallel market, in a move that triggered inflation and affected demand for locally produced goods.

Beyond the rising demand for foreign exchange, the second quarter report of manufacturing activities showed that while production and distribution expenses are contracting, capacity utilisation, production and sales are still sluggish, attributable to the erosion of firms’ budget and households’ income by the persistently high inflationary pressure on the economy.

HOWEVER, with the Central Bank of Nigeria (CBN) stoppage of forex sales to Bureaux De Change (BDCs), the apex bank has been urged to allow BDCs receive diaspora remittances as is done in other economies of the world. The estimated annual remittance by Nigerians in the diaspora is $34 billion and a large part of it never makes it into the country.

Financial experts have, therefore, advised the CBN to institute a framework that will allow BDCs, which have automated their operations, to receive these funds into the economy to boost dollar reserves and save the naira.

Globally, Nigeria is one of the few countries that attract funds from migrant workers. Others are Pakistan, Canada, USA, Australia and Vietnam. Nigeria is on the side of those that have many migrant workers in other parts of the world and therefore earn foreign currencies they want to remit home, but there is a huge problem that limits the funds from getting home.

ABCON President, Alhaji Aminu Gwadabe, said globally, BDCs remain one of the channels through which the diaspora remittance funds come into countries. He said the BDCs remain at the centre of economic development and have the capacity to attract needed capital for the development of the economy and deepening of the forex market.
Renowned economist and chief consultant at B. Adedipe Associates Limited, Dr. Biodun Adedipe, noted that if Nigeria is able to manage its remittance effectively, it would add 0.4 per cent to the Gross Domestic Product (GDP) growth annually.

He disclosed that a lot of the dollars don’t come into the FX market in Nigeria. The receiver gets the naira equivalent of the fund even when the funds never got to Nigeria, denying Nigeria the full benefit of diaspora remittances, despite the country being at the top in terms of benefitting from migrant workers.
“So what then happens is that instead of bringing it into the FX market in Nigeria, they keep it outside. I believe that was part of the reason why the CBN introduced the $1 for N5 incentive. The idea now is to see if the country can harness the most of the remittances.”

MEANWHILE, Nigeria’s middleclass, in their scores, may have started accumulating stablecoins as the naira’s near-term outlook continues to appear uncertain, The Guardian learnt at the weekend. The move suggests that the scramble for digital currencies is real, and could be the next frenzy in the adoption of cryptocurrencies. This comes as scarcity of foreign exchange (FX) worsens.

This, analysts believe, is to protect their wealth from the naira’s volatility, as well as the surging inflation, especially after a recent report by the Central Bank of Nigeria (CBN) that Nigerians’ use of dollars have exceeded the International Monetary Fund (IMF)’s 30 per cent threshold.
According to the report, “the ratio of foreign cash deposits to naira deposits on-demand in the banks exceeded the IMF’s 30 per cent threshold from 2009 following the global financial crisis. This ratio only hit a peak of 98.2 per cent in 2014 before declining to 83 per cent in 2018.”

Yesterday, most of the traders in Lagos ran out of supply. Those who spoke with The Guardian said the situation could be worse in the coming week as people have engaged in desperate mop up.

The dollar continues to coil off around N570/$ at the parallel market in what appears to be a deciding moment for the naira. There are fears that it may exceed N600/$ before the end of the week if nothing is done to address the supply shock.
The Director-General of the Lagos Chamber of Commerce and Industry (LCCI), Dr Chinyere Almona, noted that the CBN has consistently tried to boost supply of forex to make the market liquid, but the present case is one where the supply of forex does not meet the demand and this has put persistent pressure on the naira, leading to its weak position against major currencies.

According to her, many businesses now source their forex needs from parallel markets at above N550/$. “We need to boost the supply side of the forex market through more inflows from exports, diaspora remittances and crude revenues.
“We had envisaged that the banks will not be able to meet the demands for forex and this has forced manufacturers to source forex from the parallel market with rates hitting the skies. We have also advised that raw materials that are not available locally but are a critical component of production should be supported till when we can build enough capacity to produce them locally,” she added.

To manage concerns about forex demand, the Manufacturers Association of Nigeria (MAN) urged the commercial banks to build more capacities through designate desks for handling the streaming applications for Form M to ensure seamless and timely processing of forex applications. Read more…..