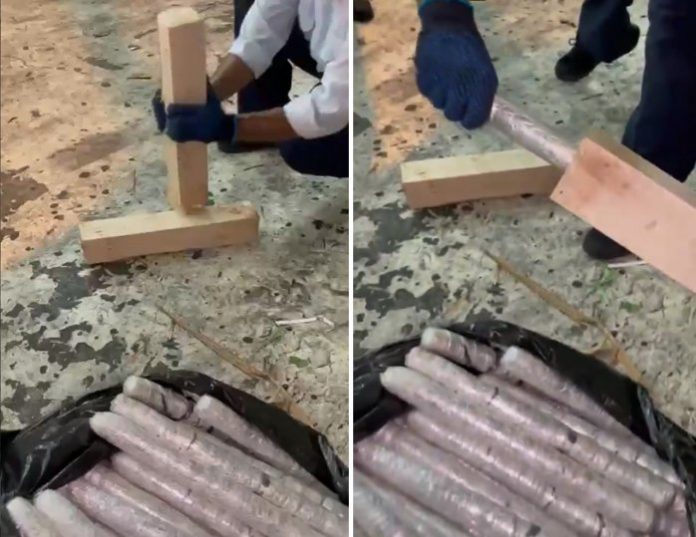 Around 81 kilograms of hashish has been seized from a shipment of vegetables at the Al Ruwais Port by the marine customs wing, the General Authority of Customs said in a tweet on Thursday.

The drug was stashed inside wooden pallets of boxes containing vegetables, it added.

This is the latest in a string of smuggling attempts that have been thwarted by customs authorities in Qatar.
The customs authorities had twice foiled similar attempt to smuggle hashish into Qatar through the same port in the recent past. While nearly a kilogram of hashish was recovered from the chassis of a truck, around 76 kilograms was recovered from a diesel tank

Meanwhile, the the air cargo and private airports customs wing siezed 1 kilogram of a drug known as “shabo” — a slang term for methamphetamine used in Japan, Hong Kong, the Philippines, Malaysia, and Indonesia. The drug was hidden inside auto part being brought to Qatar. This bust came a few weeks after the same wing seized 569 grams of “shabo” stashed inside a “bag of papers”.