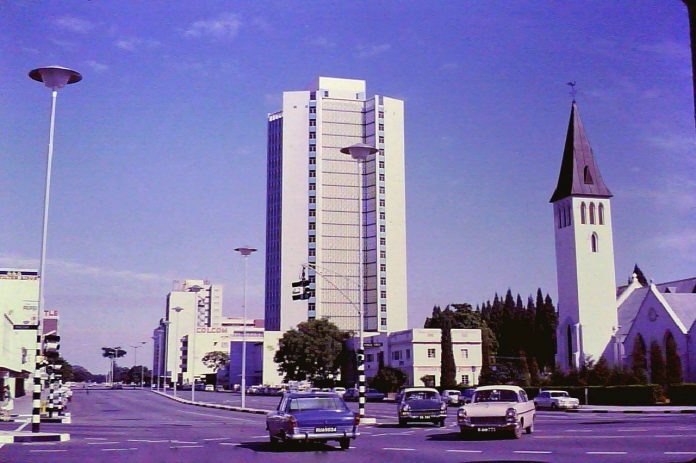 On this day in 1982, Zimbabwe’s capital, Salisbury, was renamed Harare.

The city, which lies in the northeastern part of the country, was founded in 1890 at the spot where the British South Africa Company’s Pioneer Column halted its march into Mashonaland; it was named for Lord Salisbury, then British prime minister.

The name Harare is derived from that of the outcast Chief Neharawe, who, with his people, occupied the kopje (the hill at the foot of which the commercial area grew) at the time the Pioneer Column arrived and seized the land.

The city was created a municipality in 1897 and developed after the arrival of the railway (1899) from the port of Beira, Mozambique, becoming a market and mining centre.

It was chartered as a city in 1935. Industrialization during and after World War II led to an influx of population. Salisbury was the capital of the colony of Southern Rhodesia, of the short-lived Federation of Rhodesia and Nyasaland (1953–63), and of Rhodesia during the period of the unilateral declaration of independence (1965–79).

It was retained as capital by the new government of independent Zimbabwe (1980) and renamed Harare.

The city is modern and well-planned, with multistoried buildings and tree-lined avenues. It is the site of Anglican and Roman Catholic cathedrals, a Dutch Reformed church, the Queen Victoria Memorial Library and Museum, the National Archives, the University of Zimbabwe (opened 1957), and the Rhodes National Gallery.

Harare lies at an elevation of 4,865 feet (1,483 metres) and has a temperate climate. It is a hub of rail, road, and air transport (the airport at nearby Kentucky handles international traffic) and is the centre of Zimbabwe’s industry and commerce.

It is also the main distribution point for the agricultural produce of the surrounding area, especially its Virginia tobacco.

There are also important gold mines in the vicinity. Greater Harare includes residential Highlands and the industrial suburbs of Southerton, Graniteside, and Workington. The most populous of the adjoining townships is Highfield. Area 216 square miles (559 square km). Pop. (2002) 1,435,784; (2012) 1,485,231.