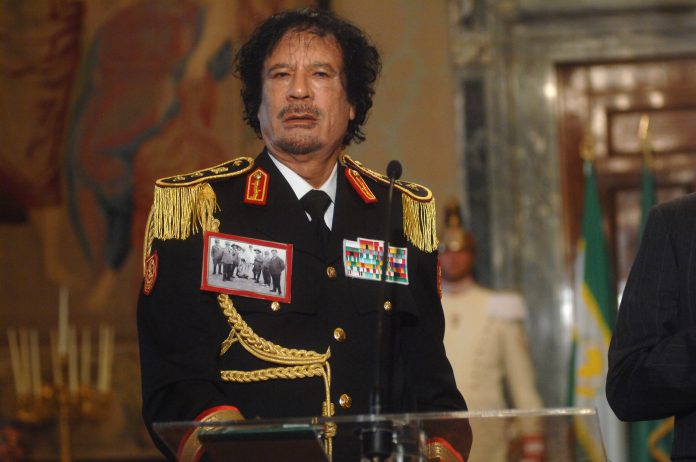 On this day in 2004, the United States lifted economic sanctions imposed on Libya 18 years ago, as reward for cooperation in eliminating weapons of mass destruction.

President George Bush terminated the application of Iran-Libya Sanctions Act (ILSA) with respect to Libya and the Department of Treasury modified sanctions imposed on US companies under IEEPA to allow for the resumption of most commercial activities, financial transactions, and investments.

Decision allowed US oil companies to sign contracts and do business with Libya. However, Libya remained on the State Departments list of state sponsors of terrorism and subjected to export-licensing for dual-use items. In addition, the freeze of Libyan assets and restrictions on direct air service between Libya and US remained in force.

President Ronald Reagan had on January 7, 1986 invoked an International Emergency Economic Powers Act to implement comprehensive trade, financial controls against Libya. Order barred most exports and imports of goods, technology, services (except for humanitarian purposes), all loans or credits to Libyan government, transactions “relating to travel by a United States citizen or permanent resident alien to Libya, or to activities by any such person within Libya.”

However, Treasury regulations permitted reexport of US goods to Libya that are substantially transformed in a third country. Given unwillingness of Western allies to join in sanctions against Libya, Reagan sent personal letters to allied leaders asking them “not to undercut US sanctions against Libya by replacing American oil companies and workers being ordered out of that country.”
Administration officials admitted that they did not consult with allies before taking action.

The next day, President Reagan ordered freeze of Libyan government assets in US banks, including hundreds of millions of dollars of deposits held in foreign branches of American banks, as well as real property, other investments. Action was taken to preclude Libyan withdrawals, detered Libya from collecting on performance bonds placed by US companies doing business with Libya, guard against Libyan expropriation of US assets.

1970: The Gambia becomes a republic within the Commonwealth.
1979: Rhodesian bishop Muzorewa wins the general election.