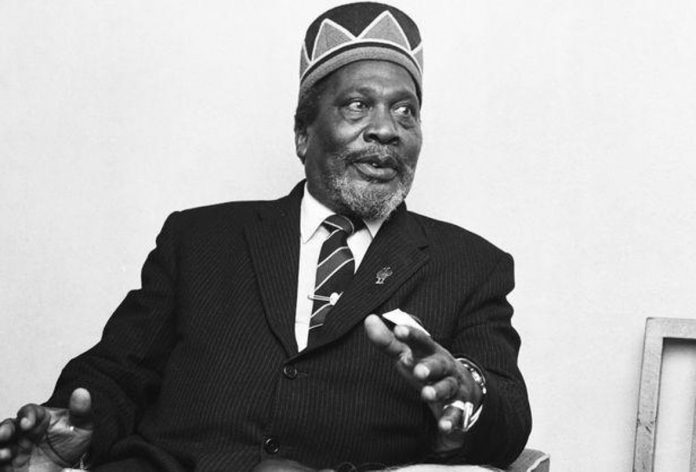 On this day in 1953, Jomo Kenyatta, leader of the Kenyan independence movement, is convicted and sentenced to 7 years jail by Kenya’s British rulers of leading the extremist Mau Mau in their violence against white settlers and the colonial government.

An advocate of nonviolence and conservatism, he pleaded innocent in the highly politicized trial.

One of modern Africa’s first nationalist leaders, Kenyatta was a great defender of Kenyan and African culture, and wrote eloquently on the plight of Kenyans under colonial rule. He played little part in the Mau Mau uprising of 1952 but was imprisoned for nine years along with other nationalist leaders. Upon his release in 1961, Kenyatta became president of the Kenya African National Union and led negotiations with the British for self-rule.

In 1963, Kenya won independence, and in 1964 Kenyatta was elected president.

He served in this post until his death in 1978.