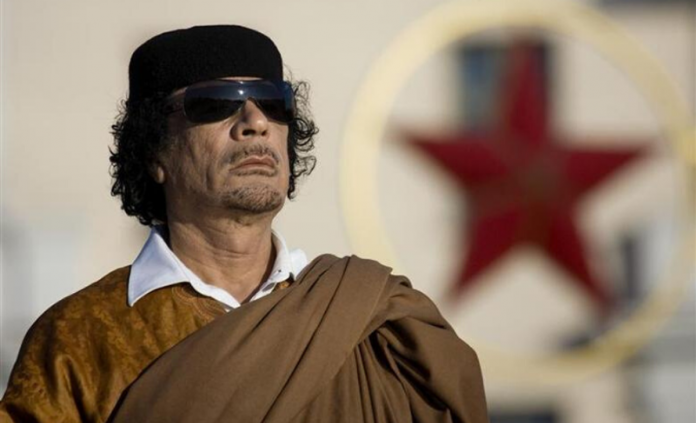 On this date in 2004, the United States lifted a long-standing ban on travel to Libya and invited American companies to begin planning their return, after Moammar Gadhafi’s government affirmed that it was responsible for the bombing of Pan Am flight 103 in 1988.

The administration also encouraged Libya to establish an official presence in Washington by opening an “interests section,” a diplomatic office a level beneath an embassy. The United States also will expand its diplomatic presence in Tripoli.

The White House announcement rescinded travel restrictions that have been in place for 23 years against Libya, a country which the United States had long branded a state sponsor of terrorism.

Allowing US travel to Libya would give American corporations an opportunity to do lucrative business legally in Libya’s rich oil fields. It also would help Gadhafi emerge from semi-isolation.

US firms that had holdings in Libya before sanctions were imposed were authorized to negotiate the terms of renewing their operations, the White House said. However, the companies will be required to obtain US approval of any agreement, if economic sanctions remain in place.

The White House said it would “continuously evaluate the range of bilateral sanctions that remain in place relating to Libya” as its government moves toward totally dismantling its weapons of mass destruction programs and related missiles projects and adheres to its renunciation of terrorism.