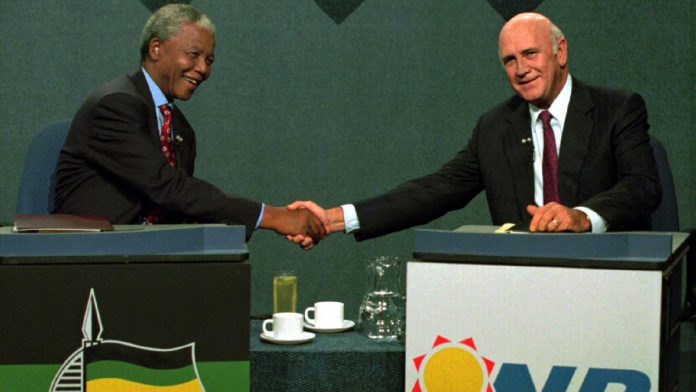 On this day in 1990, President F. W. de Klerk announced that national state-of-emergency regulations in effect for the last four years would be lifted in all but one of South Africa’s four provinces.

In a speech to Parliament in Cape Town, Mr. de Klerk said the emergency decree, which has been used to suppress not only unrest but also political dissent, would expire at midnight in the Transvaal, Cape Province and the Orange Free State.

But Mr. de Klerk left the emergency decree intact in the province of Natal, where 3,000 people have been killed in factional fighting between members of the Zulu political movement Inkatha and supporters of the United Democratic Front, which is allied to the African National Congress.

”After thorough consideration of all the factors, I have decided to announce there will no longer be a general countrywide state of emergency but that henceforth it will exist in Natal only,” the President said.

Walter F. Sisulu, the internal leader of the African National Congress, described Mr. de Klerk’s action as ”half measures” that fell short of the congress’s demand that the state of emergency regulations end throughout the country.

”We have never accepted the emergency helped the situation in Natal,” Mr. Sisulu said at a news conference. He said the situation would improve if the Government took steps to prevent what he called police brutality.

Nelson Mandela, who was in Paris for talks with President Francois Mitterrand of France, welcomed the lifting of emergency rule but said that he would continue to call for the maintenance of economic sanctions against South Africa by foreign governments.

Emerging from a meeting with Mr. Mitterrand, Mr. Mandela said the lifting of the emergency decree was ”a victory for all the people of South Africa, black and white.”

”This is what we have fought for since the emergency was declared,” he said, adding that the retention of the emergency rule in Natal province was unlikely to end the violence there.